A Gravestone with a cycling history 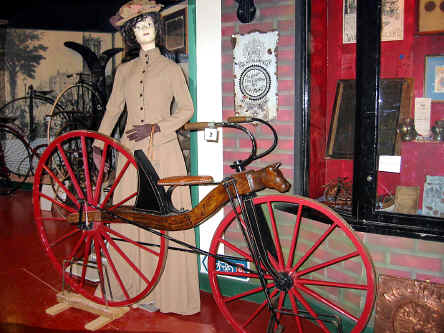 With its graceful Victorian architecture, Llandrindod Wells has an ambience all of its own. To the visitor it provides a hint of a past lifestyle where the gentry could retreat to relax in its rich spa waters. It's the sort of place where at any time you might expect a horse and trap to pass by, driven by a country squire in top hat and tails. But the town is not without its contradictions. Look for instance for the art deco building which formerly housed the Automobile Palace showrooms, now home to the National Cycle Museum: it is justly regarded as one of the finest collections of vintage cycles and memorabilia in Europe.

With family history becoming a burgeoning interest for many, old faded photographs are now taking on an importance all of their own. Once receiving only a cursory glance in the family album, these are now studied in minute detail for evidence of daily lives long since passed. Cycles are often featured, which probably explains why the collection has seen a steady growth in the number of visitors in recent years.

To step inside its marble entrance is to pass into a previous age. There is every manner of cycle to delight the student of transport history. Amongst the wide range of early period bicycles there is a replica Hobby Horse circa 1818, together with a replica Macmillan circa 1839, and a very rare example of a wooden tricycle. Six Boneshakers, including a Michaux and a C Taylor manufactured in Bristol, are also to be found, and recently an Otto bicycle (or dicycle) made by BSA in 1881 joined the collection. These and many more fascinating machines and memorabilia are waiting discovery by the inquisitive visitor. 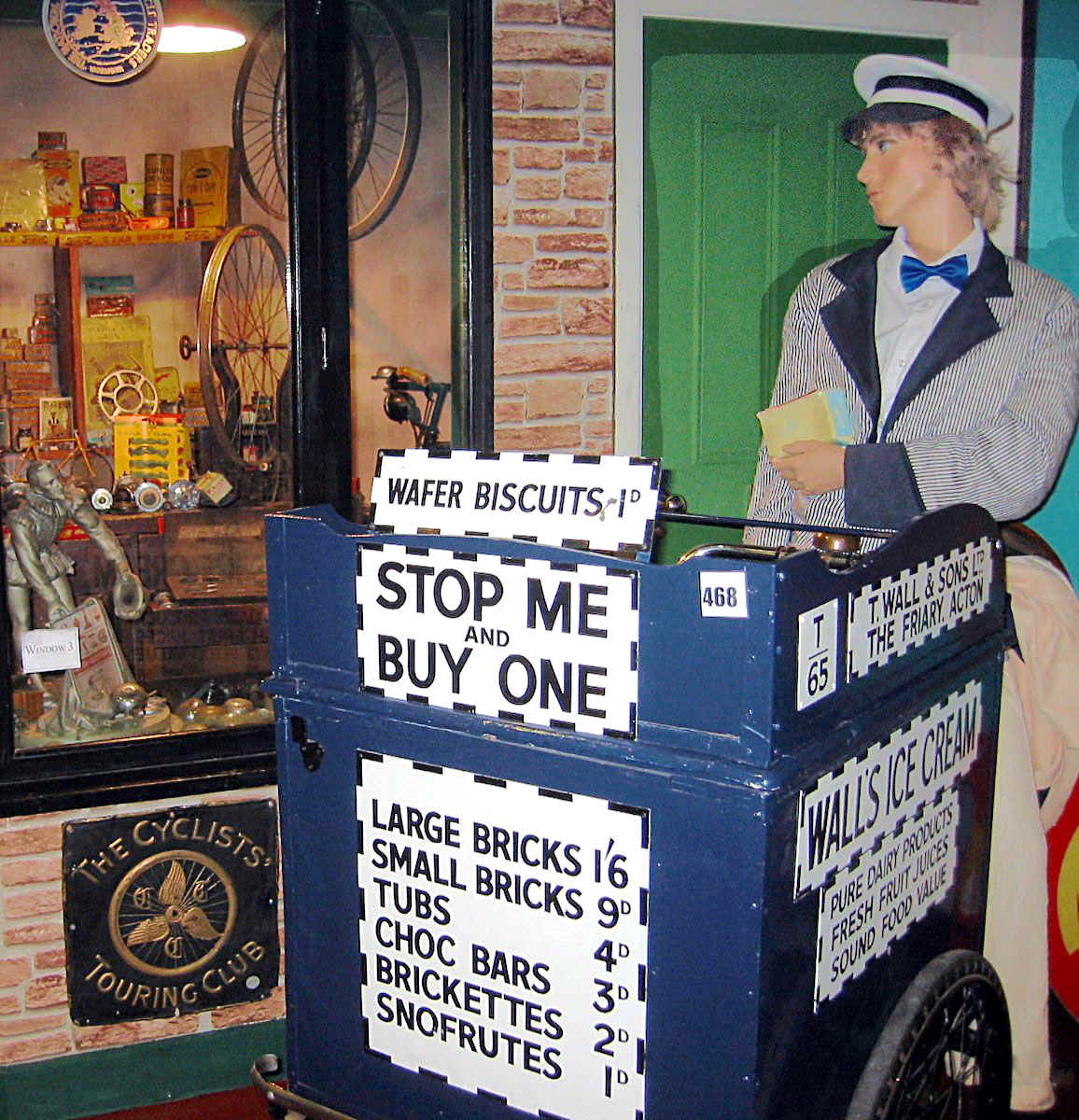 But wait. There's something here you don't usually find in a collection of vintage machines. A grave headstone created in the memory of one of cycling's legendary heroes, Maurice Selbach. The account of its journey to this sleepy Welsh border town is a story worth telling.

Born in 1889 of French extraction, Maurice Selbach became a leading racing cyclist around the time of the first world war, specialising in competing against the clock. But not content with time trialling, he became possibly the first Briton to compete in a major continental road race, riding for the French Louvet team in Paris - Roubaix national classic. With his reputation as a racing cyclist at its peak in the early 1920s, he set up business in London as a builder of the finest bicycles. His machines were often extremely innovative and involved some of the first examples of the use of tapered tubing and roller bearings in frame building. He is also credited with designing the first curved seat tube for a tandem which gave it a responsiveness not usually found in such machines. Yes, his bikes were definitely top drawer, and widely sought after by cycling enthusiasts. In the late nineteen twenties and early thirties many competitive successes were recorded on his machines, including the world paced one hour record of 56.5 miles recorded by a chap named Harry Grant. 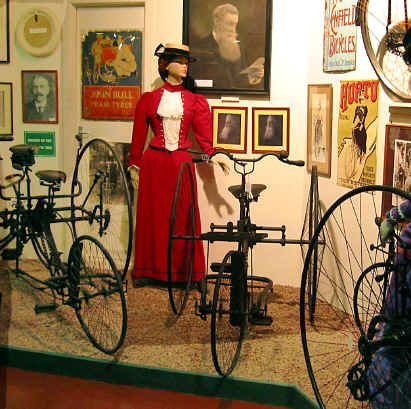 It was at the peak of his business success that in 1935, aged 45, Maurice was killed cycling to work when his bike wheel became caught in a tram line. His business continued for a further four years under the management of his wife until the title was sold off to another bike builder, and for a further few years frames were produced under the Selbach name. Many survive, and two are to be seen exhibited at Llandrindod Wells.

And here the story takes a curious twist. Maurice was buried in Streatham Cemetery under an ornate headstone befitting his reputation for design excellence. But over the years this privately owned garden of rest became derelict, and in the late 90s plans were afoot to have the land cleared for commercial development. There was every chance the headstone would be destroyed, until two local cycling enthusiasts intervened and set about acquiring 'ownership' after failing to find any evidence of surviving relatives.

A couple of years later the National Cycle Museum was contacted, and after inspection by its trustees, it was agreed the stone was an outstanding example of monumental masonry needing to be preserved for the benefit of future generations. Agreement was reached to undertake the delicate and expensive task of transporting the stone to Llandrindod Wells, whereupon two surviving relatives appeared on the scene, a daughter and grandson, who had also been following a parallel path of enquiry into preserving the headstone. Fortunately they endorsed the arrangements already in hand, agreeing the national museum was indeed a fitting final resting place for this pioneer of British cycling history. (For further details of the life and achievements of Maurice Selbach click here.

The opening hours of the National Cycle Museum vary with the season - if you wish to visit, it is best to check the times on its website http://www.cyclemuseum.org.uk/ . The author thanks Scotford Lawrence for kindly providing background information. 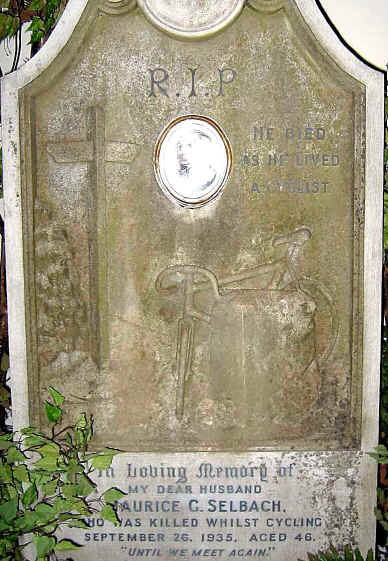