At a time of the year when cyclists should be enjoying the mild autumnal days before the on-set of winter, each year they are plagued by a rash of punctures caused by thorns  not cleared after hedge cutting. The following photos show just such an incident on the A525 at St Asaph in September 2008. They feature a group of over a dozen cyclists, some in their 70s and 80s, who are seen first of all relaxing on the Prestatyn - Dyserth cyclepath. Later in their ride they were forced to cross the busy A525 dual carriageway at St Asaph to avoid about 1/3 mile of hawthorn hedge clippings. At least five punctures arose from this incident.

Denbighshire County Council had been advised of the incident earlier in the day and sent a motor to clear up. The last information we have is that steps are being taken to contact the landowner responsible. 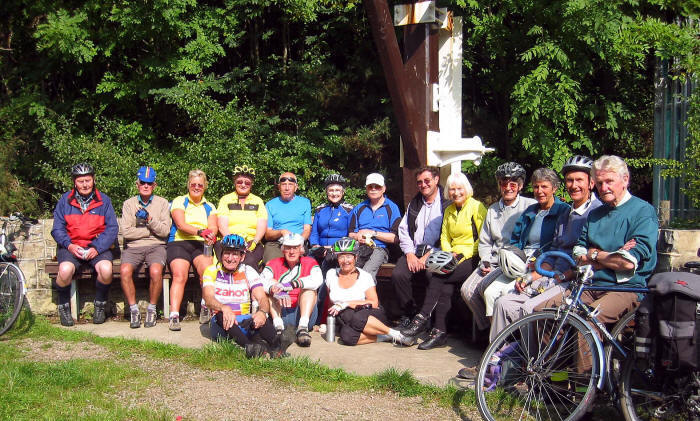 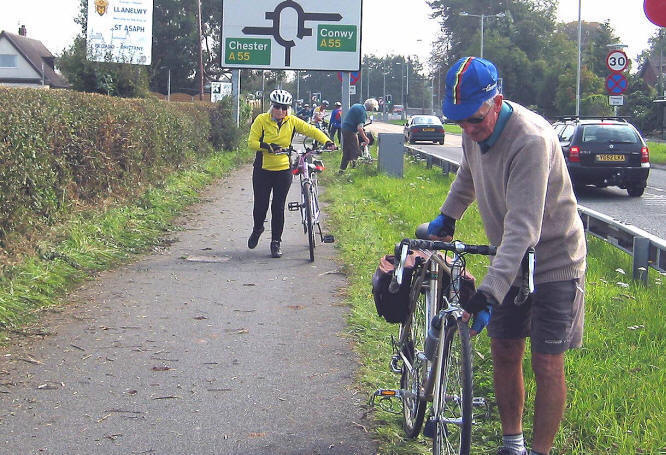 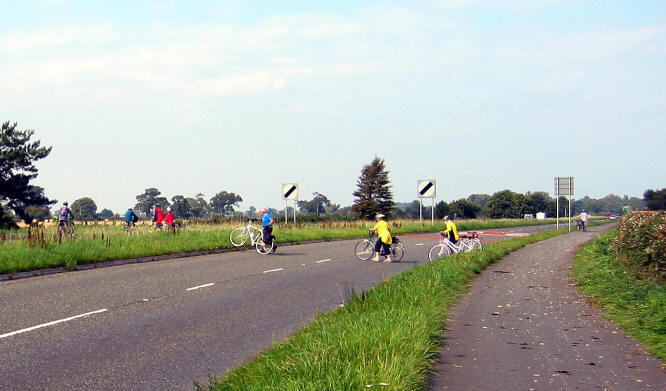 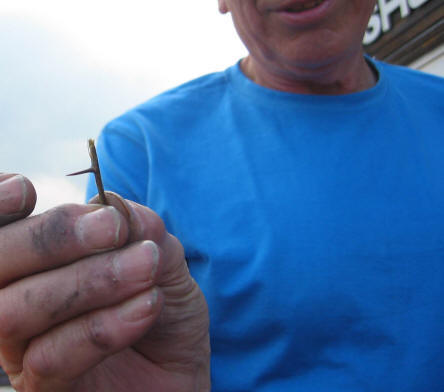 Your editor was prompted to send the following letter to the Daily Post. It was printed minus the last paragraph

It is the time of the year for the cutting of roadside hedges. Unfortunately there are already reports of cyclists suffering severe inconvenience from punctures caused by thorns. May I appeal in the strongest terms to those responsible to clear hedge cuttings immediately.

It is an offence under the Highway Act 1980 to leave hedge cuttings or other debris on a road, footpath, or cycleway. On conviction this could involve a fine of up to £1000 for each offence, with perpetrators possibly facing additional civil proceeding. If the local authority is called to clear away the debris, this could cost the miscreant at least £400.

Individual cyclists are best placed to report such incidents. They are urged to do so in the interests of other road users. This should be done by making a formal statement to a police officer.

Thorns on roads are an ancient problem as the item from the Cheshire Observer 23rd Dec 1901 reveals: