Cycling in the UK, but particularly in Wales, immediately felt the impact of the sudden loss of Graham on the 23rd March 2007. Events he was involved in organising were cancelled. Not least of these was the 2008 CTC Birthday Rides, planned for Ruthin in the Vale of Clwyd. It would have been a special occasion - the 130th anniversary of the founding of CTC. Graham was pivotal to its organisation. Without him it was a bridge too far.

But there were many who felt Graham's outstanding contribution to cycling deserved be permanently recorded. Acting on the recommendation of Chester & North Wales District Association, CTC's National Council took the rare step of awarding a Certificate of Merit posthumously. 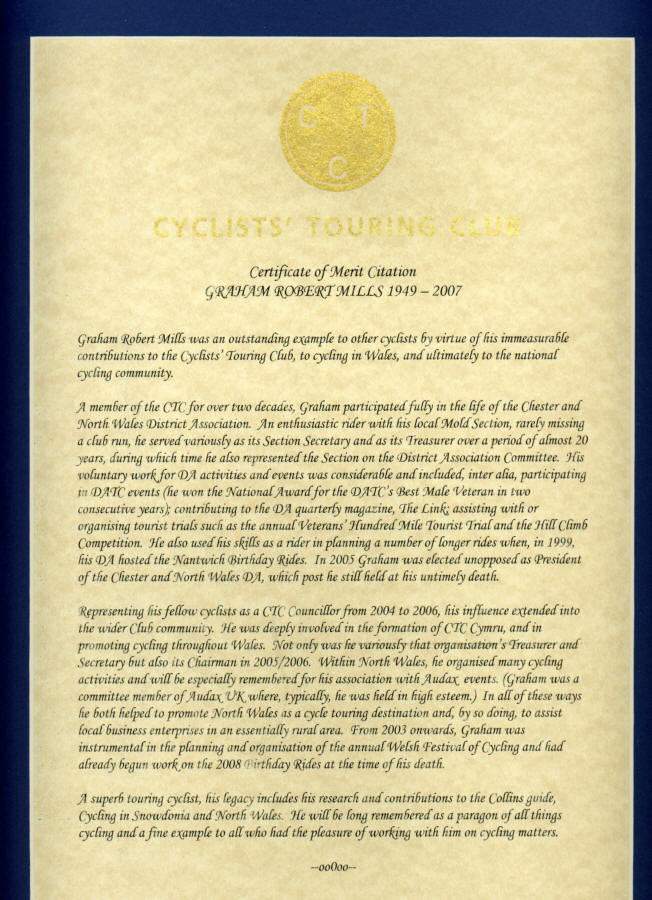 A tribute to Graham, was read at his funeral by Roy Spilsbury, CTC Cymru Vice Chair.