What's going on inside the head - paranoia?

No country mocks the health & safety culture more than the British. And paradoxically it sometimes appears that no nation is so afraid of even the slightest risk to be found in the simple actions of everyday living.

It is now common to hear critical comment when someone dares to mount a bike without wearing a cycle helmet. It is becoming almost fashion accessory.

We know of one veteran lady cyclist who toured the Alps many times when her family were young. Fully equipped for lightweight camping, their helmet-free descents of the dramatic mountain passes were a cause for celebration - not mishap. But when she turned up recently for a gentle pootle around the Cheshire lanes, she was berated by helmeted Martians who believed she was irresponsible for not wearing a helmet. She naturally gave her critics short shift, and felt sorry for a world where fear dominates our instincts to such an extent.

We won't get into the pros and cons of helmets here (for those wanting to know more click http://en.wikipedia.org/wiki/Bicycle_helmet ) but as a contrast just have a look at how helmets are regarded, or should we say, not regarded in the Netherlands, where for example most children cycle to school, virtually all of them without a helmet

That the wearing a helmet should be a personal choice is beyond question. And it is not for others to stand in judgement, whatever the choice. Cycle campaigner Alasdair Massey has no strong feelings one way or the other, but finds it interesting the way many people view helmets. He says. 'Given all of the conflicting scientific evidence, it is very clear they are not a guaranteed life saver, and yet they have acquired the status of a “talisman” – something that will ward off evil and protect the wearer far beyond any physical protection that an inch of polystyrene and holes could offer. Wearing a cycle helmet has become like wearing a crucifix, or prayer beads, or a “lucky” shirt. People “believe” in them, and they all have a “miracle” story of a helmet left shattered after saving a child from the wheels of a monster truck'.

CTC's policy is that the compulsory wearing of helmets for personal use, or for participation in government supported schemes, runs counter to strategies aimed at increasing cycling across the widest social spectrum

Our view is that cycling should be a joyous expression of the human spirit, where body mind and the elements find harmony; not treated as an activity requiring body armour. The well-tuned human instincts, evolved over 200,000 years, should be sufficient to avoid harm in most everyday situations

We offer a few images for thoughtful contemplation 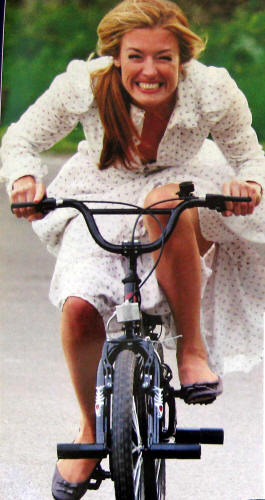 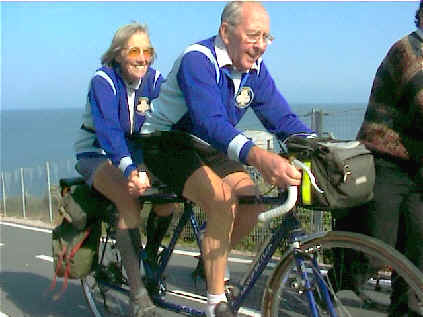 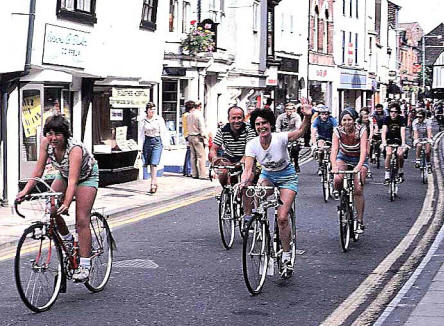 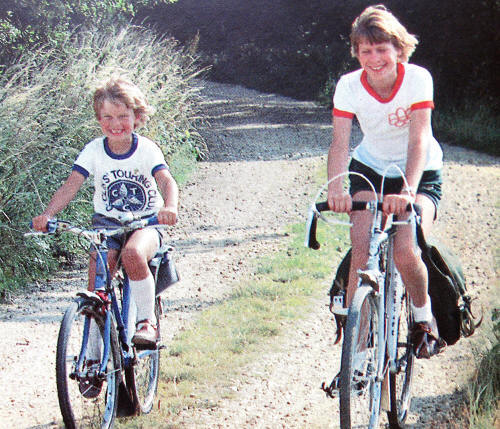 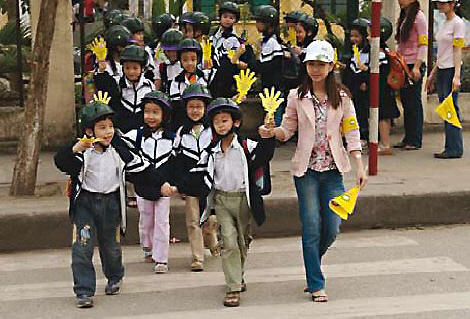 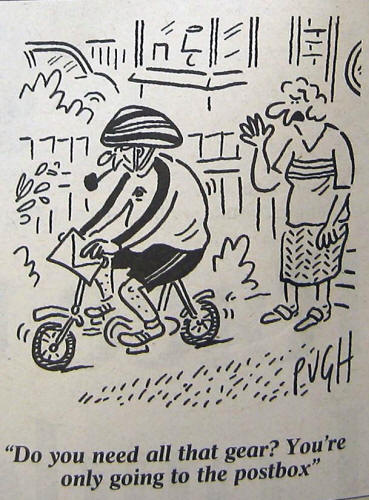