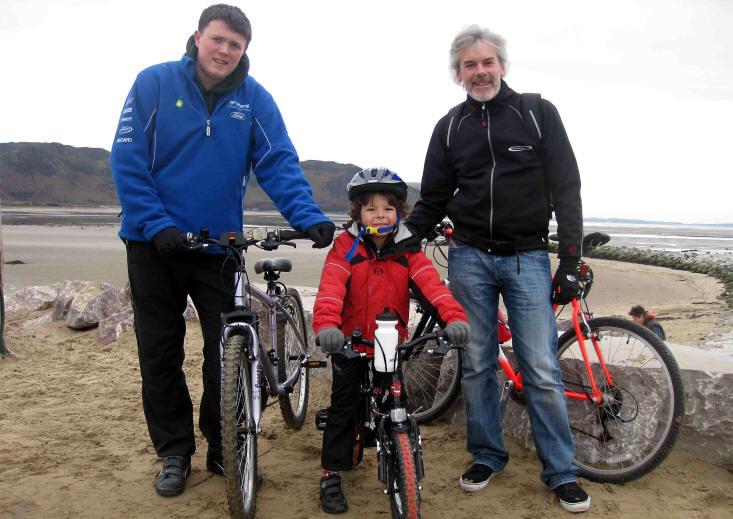 Rachel and Paul Simpson of Llandudno have every reason to be proud of their five year old son Charley. Not only is Charley a wiz on his bike, but he’s also starting to realise there are other children out there not as fortunate as himself, and wants to do something to help them.

In the Summer of 2010 after an eight mile ride with a friend, he decided he’d like to do a longer ride for BBC’s Children In Need Appeal – incredible when you realise he had graduated from his stabilizers only months before!

With the support of his mum, he and his dad Paul planned the ride on National Cycle Route 5 from Pensarn to Llandudno promenade (11.5 miles). At that time it was the longest distance he would have cycled in a day.

He completed his ride on the 20th November 2010 and raised the incredible sum of £1,378 for needy children everywhere. His achievement was not to be missed. Charley got a mention on the Radio 2 Chris Evans Breakfast Show, and a spot on Welsh BBC’s Pudsey night.

What’s next for Charley? He’s out training for his next charity effort in 2011. We just managed to catch up with him and his dad and friend Tom on the 2nd January on the Conwy Estuary Cycle Route for this interview.

We do urge you to see the video of Charley on the Just Giving website doing his ride - and even better, think about giving him a donation for his next effort. Click www.justgiving.com/rachel-simpson