Graham O'Hanlon, one of the project developers behind the Greenway Route*, reports:

A new shuttle bus service linking riders and their bikes to a number of great cycling destinations in South Snowdonia will be operating over the forthcoming summer months. Calling at Dyffryn Ardudwy, Barmouth, Dolgellau, Coed y Brenin and Llyn Trawsfynydd, the bus will connect riders to either end of the Mawddach Trail, the mountain bike centre at Coed y Brenin, and the new biking and canoeing facilities at Llyn Trawsfynydd.

The visitors centre at Trawsfynydd lake is also the start of the South Snowdonia Greenway, a 43 km route which makes use of quiet roads and cycle-tracks to journey the open moorland, forests and estuary shores back to Barmouth, taking in all the destinations listed above.

The idea behind the bus, called the ‘GreenWay Shuttle’ is to bring people in from the coastal resorts, and to showcase some of the fine attractions and activities to be found in these upland areas. “We also wanted to get people to leave their cars behind and use their bikes more” said project coordinator Graham O’Hanlon. “By providing the shuttle service, we’re hoping to enable people to take the bus out to their destination and ride back in, or vice versa. It is a particularly great opportunity to ride the South Snowdonia Greenway or Mawddach Trail as a linear journey.”

‘We’re starting small to gauge demand, with buses running on Tuesdays and Thursdays over the school holidays, and at least in the first instance, places will be pre-bookable only.” explained Graham. “It would be great if all accommodation providers could make sure their guests are aware of this facility, so we can establish this as a permanent service.

The first Shuttle of the summer season runs on Tuesday 29th July and the last on Thursday 4th September. Places can be booked at http://www.southsnowdoniagreenway.co.uk/shuttlebus.html

*Following Sustrans Route 82, and then the Mawddach Trail, the Greenway follows an historic route linking the north of Wales to Dolgellau and the coastal port of Barmouth. “The Section south of Trawsfynydd follows the old turnpike road to Dolgellau” said Graham O’Hanlon, one of the team responsible for developing the route. “The eagle-eyed will spot one or two of the old milestones along the way.” However, this old road dips in and out of an even older Roman road, Sarn Helen, coming south from the Tomen y Mur fort near the start of the route. Beyond Dolgellau, the Greenway follows the route of the old railway line, the Mawddach Trail to the coast, finishing across the iconic Barmouth Viaduct. 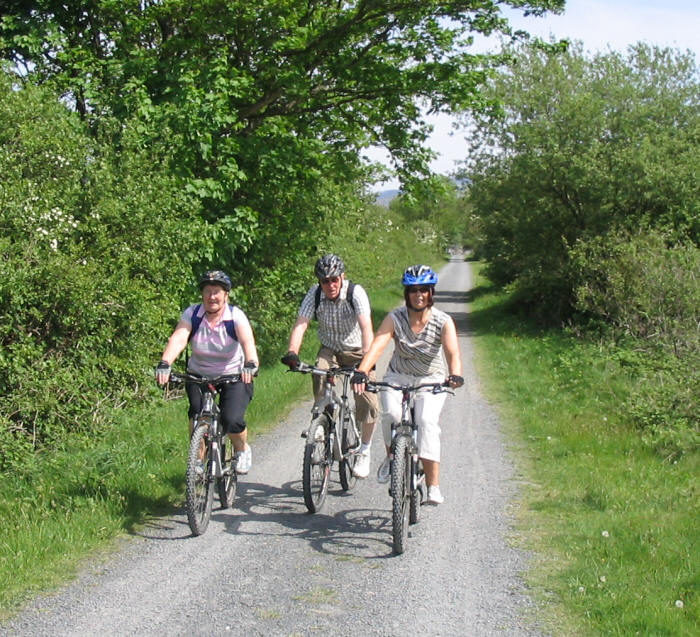