A Cycling Cause for Concern in Conwy 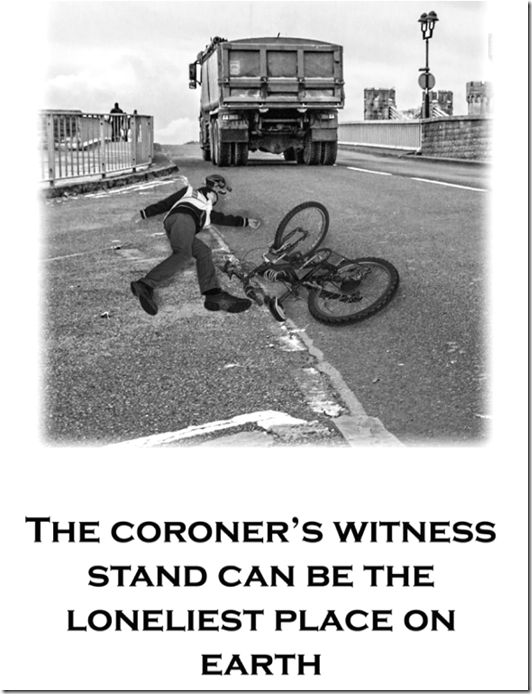 At the request of Conwy Town Council, and without consultation or consideration for the safety of cyclists, a sign was erected during the summer of 2014 purporting to deny access for cyclists across the Conwy River bridge footway. This has been used by cyclists for many years and is a safe route for several schools nearby. It is also a section of National Cycle Route 5.

The reasoning behind the highway authority’s action was revealed in a Freedom of Information release to CTC, the national cycling charity, www.ctc.org.uk ,

It sees this as just the latest example of the reckless disregard for the safety of cycle users, endemic in many local authorities around the UK.

Many fine words are spoken by politicians and officials on cycling. Few have first hand experience of life for cyclists on the motor drag strip..................

Judge for yourself what they need to study – and learn. https://www.youtube.com/watch?v=CXPupqOB7Ls&feature=youtu.be