The Great War - the unique records of the Anfield Bicycle Club

The Anfield Bicycle Club was founded in 1879 and is one of the oldest surviving cycle clubs.

With a £16,000 grant from the National Lottery Heritage Fund, it has undertaken the mammoth task of digitalizing all its considerable archive.

Its records resemble a diary kept by many: Year Books, The Circulars, Photographs, Minute Books and Race Cards, all tell remarkable stories of the members’ activities, not least their lives during two world wars.

The World War 1 Roll of Honour records 41 members serving in the armed services. This was a third of the membership . Four died on active service.

In the August 2014 edition of CTC’s magazine ‘Cycle’, Club Archivist, David Birchall , wrote a fascinating illustrated account of this period, which he has also placed on the ABC website at

Our thanks go to David. And we wish all members of the Anfield Bicycle Club many rewarding pedalling miles in the years to come.

With the world now so beset with conflicts and suffering , one of the blessings still to be relished is the friendship to be found through the simple act of cycling.

The 4th August 2014 saw the 100th anniversary of the outbreak of the Great War (1914-18) when  Great Britain declared itself to be in armed conflict with Germany.

One Hundred years later to the day, we can rejoice that the Berlin cycle tourists below are welcomed as freely in our country, as we are in theirs.

What could be more appropriate - We’ll Keep a Welcome https://www.youtube.com/watch?v=Y6TXz_shw_M 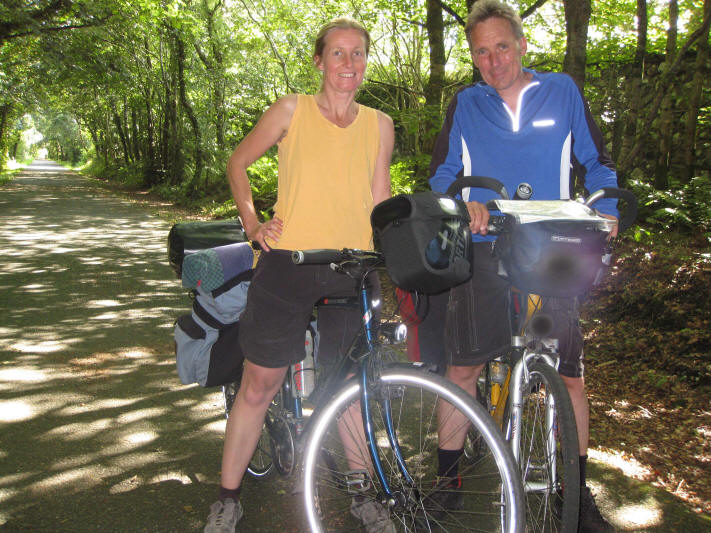